Given how much of our lives we spend working, it’s no wonder the job we do counts – and that we’ll most likely change it a handful of times during our careers. That bigger bills need paying and more mouths might need feeding as we grow also plays its part.

But the nature of employment is changing, drastically. Technology, data and artificial intelligence, and a heightened commitment to a more equal and responsive workplace, are revolutionising the way that we work.

What is Fix the Future?

How we select elite managers and elite stocks

The global pandemic has spurred populations to demand greater working flexibility and sparked a seismic shift, often dubbed the Great Resignation. And with it, these forces are changing the world of staffing and recruitment – making matching the right people with the best positions a much more sophisticated affair. 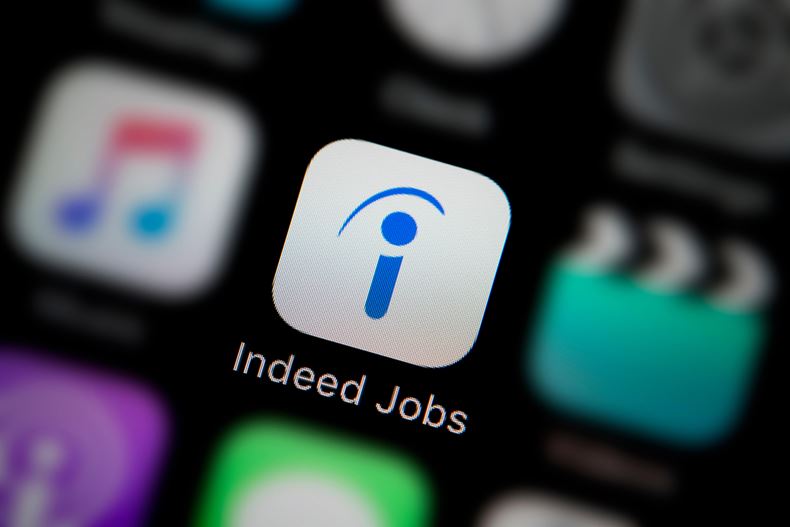 Hisayuki ‘Deko’ Idekoba is a man on a mission. The president, chief executive and representative director of the board at Recruit Holdings – one of the world’s biggest employment agencies – says his aim is to ‘simplify hiring’. For the job seekers of the future, that could mean securing their next position with a single click of a digital button.

Idekoba was behind Recruit Holding’s move in 2012 to buy Indeed, the world’s most visited jobs site and a disruptive force in the market, for an undisclosed sum estimated at the time as likely to have approached $1bn. Indeed is part of an array of Recruit’s brands covering the waterfront of the jobs market, from temporary and permanent, to blue collar and highly specialised executive search.

‘The way we think about making job search and recruiting easier and more convenient is like having a personal adviser assigned to every person in the workforce,’ the company tells Fix the Future.

‘People often say “I don’t think my current job is right for me, but should I quit?”. What if they had someone who knew their interests, skills and more? This person could suggest: “There’s a company that would like to hire you and they are offering a better salary and benefits.” People looking for something different would have more courage to take on new opportunities.’

The group says that employers are also keen to hire the right staff as quickly as possible. But the whole process is too slow and costly and its aim is to shake things up, in particular using technology, it says.

So what exactly is Recruit Holdings? It’s tempting to see it simply as a glorified recruitment agency – albeit a sizeable and effective one. However, there are other elements of the business that blur the picture and – to an extent – complicate the investment case.

The company was created in a rooftop unit in Tokyo in 1960 and its first product was a jobs magazine for university students called Invitations to Companies. Now, Recruit Holdings is a sprawling empire employing more than 51,000 staff worldwide, with more than 350 subsidiaries and eight affiliated companies.

There are clues about its direction of travel in the way that it organises itself. The group operates three strategic business units, by far the largest of which by revenues is Staffing. This division provides millions of people with temporary and permanent positions and includes high-volume as well as specialist job-searching facilities. 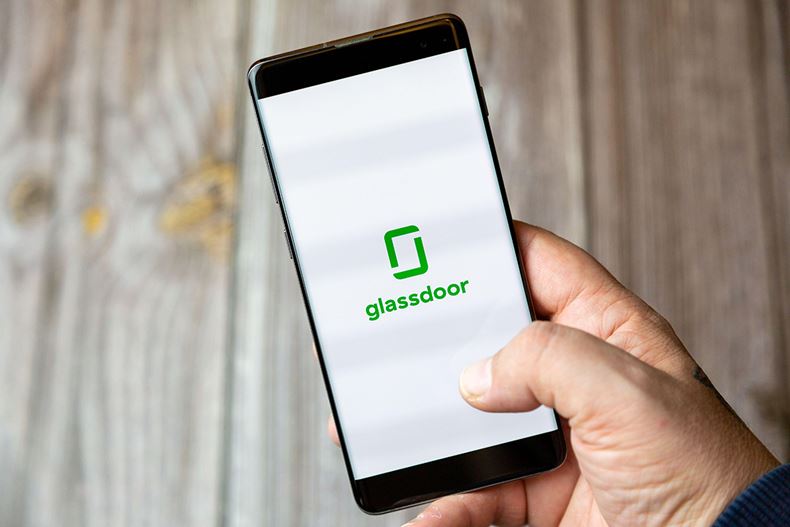 The second largest is HR Technology, consisting of Indeed and Glassdoor, which collates reviews of employers. This unit essentially acts as a digitally driven meeting place for companies and job seekers.

That is followed by Media & Solutions, which contains, among other things, consulting and HR training and executive recruitment in Asia and Hong Kong. However, this arm also operates an online advertising platform for companies in areas such as housing, beauty, marriage and eating out. It also sells management software as a service (Saas), paid for via subscription.

Daisuke Nomoto, portfolio manager, Japanese equities at Columbia Threadneedle Investments, points to Recruit’s ability – through these three businesses – to generate substantial amounts of cashflow. This has enabled it to make acquisitions, such as Indeed and Glassdoor, and invest in the business, as with the relatively recent creation of the HR Technology arm.

Nomoto says: ‘We believe these three businesses have the potential to continue to work in synergy to generate consistent cashflow, which could bring a compounding benefit to long-term shareholders.’

Of the three, the clear growth engine is HR Technology, which doubled revenues last year, more than tripled adjusted Ebitda, and turned in a margin of 34%. While the division accounted for only 30% of sales it was 60% of profit.

The comparable growth and Ebitda margins at Media & Solutions were 11.1% and 15.6%, respectively, which is still highly respectable, and 15% and 6.8% at Staffing. The benefits of a tech and software-driven model that also takes in ancillary services are clear.

‘In addition to the HR Tech business, the company is also a leader in providing digital services to small business owners in Japan that help them manage the transition to a more digitized economy, as promoted by the Japanese government. This creates an uncorrelated and highly attractive second avenue for growth,’ says Lei ‘Rocky’ Wang, portfolio manager at Thornburg Investment Management.

So a picture begins to emerge of a group that, in its idealised form, connects people to jobs, but also to their lifestyles, with accommodation, travel and leisure activities all on offer. Recruit Holdings calls this the ‘ribbon model’ that appeals to both sides of the hiring equation. It’s a bit like having Indeed, Rightmove, Just Eat and Expedia.com all in the same place.

This has the potential to create a ‘network effect’. Here, the value of a company’s offering increases the more that people use it resulting in a huge competitive advantage for the market leader.

Nomoto says: ‘The more job seekers that visit the company’s job-search platform, the more likely employers can find what they’re looking for. This results in the value of Indeed’s hiring platform rising exponentially.’

That seems feasible, although in theory the reverse is also possible if users begin desert the site for a more effective rival.

The Fix the Future database identifies Recruit Holdings as being positively exposed to the global trend towards greater diversity and inclusion. It has to be said it stands to reason that companies involved in matching people with jobs will be exposed to the changing dynamics of the workplace – the push for greater employee representation by gender, race, sexuality and neurodiversity. But it’s in the specifics of how they act that their quality will show.

‘Recruit is a leader in pushing for diversity and inclusion in Japan, a country where businesses are often laggards. We have been impressed with the progressive initiative that we have seen from the company relative to peers,’ says Wang.

Recruit Holdings commitments are certainly virtuous enough. It has pledged to achieve gender parity for all employees, including directors and the board, by 2030: the representation of women among senior executives and the board at present stand at 21% and 27%, respectively.

The company says it also aims to help 30 million people facing barriers in the jobs market to get hired, also by 2030.

Recruit is also promising to shorten the time that it takes people to get jobs, from the current 15 weeks, by 2030. It says this is based on the high number of people who quickly fall into poverty without an income coming in.

‘Our focus [last year] was to understand the disadvantaged and vulnerable population in the job market, and the barriers they face,’ Recruit Holdings says. ‘We focused on and prioritised addressing the barriers for those associated with a criminal record as well as those without essential infrastructure to find and secure jobs, such as access to the internet or reliable transportation to get to job interviews.

‘We’ll continue to work on breaking these barriers through our platform, partnerships and internal hirings.’

During the pandemic, for example, Recruit Holdings launched virtual interviewing through Indeed, and now makes it possible for job seekers to go immediately to an interview if they meet the essential requirements for a role.

Recruit Holdings is popular among the world’s elite fund managers, no fewer than 30 of whom have holdings in the company.

These fund managers won’t all own Recruit Holdings for its activities around diversity and inclusion of course. It’s noteworthy that the Fix the Future database also relates the company to other trends, namely artificial intelligence and automation, the virtual society and migration and relocation. All of these sit comfortably with the changing nature of the world of work – and of finding it.

It wouldn’t be hard for a cynic to dismiss Recruit Holdings, with its sleek presentation and corporate mantra of providing ‘opportunities for life’, as delivering no more than PR guff in the realm of diversity and inclusion. It is certainly not alone in its rhetoric – a quick glance at other recruiters, Adecco and Page, for example, shows that they too are keen to be more equal employers, and to foster a similar culture among their customers.

Yet to be cynical here would be disingenuous: In its favour, Recruit Holdings targets are clear, detailed, quantifiable and, via several detailed shareholder documents, are precisely analysed for how they apply to each of the three business units. And, particularly with female representation, the company seems to be making strides in achieving its stated aims.

Wang says that Recruit has made ‘solid progress’ with its gender targets, noting that the representation of women among managerial employees in Japan at present is generally low, running in the low-teen percentages.

There are also other small, but telling pointers to its sustainability – as of August 2020, Recruit Holdings G8 headquarters in Tokyo is 100% powered by renewable electricity, for example. And, in response to a point made in a recent shareholder survey, it now sends out its share-related investor communications using fully recycled envelopes.

As a tech stock, Recruit Holdings has been pummelled by the global sell-off that has gripped markets in recent months, losing more than a third of its value so far this year. It does mean that the share price is now fairly cheap relative to its earnings, though as a business that prefers to reinvest most of its capital in growth, the dividend yield, at well below 1% is still paltry. The cyclical nature of the recruitment business also makes nervousness about the global economic outlook a noteworthy issue.

Still, given the more than threefold increase in the share price since the company listed in 2014, most elite fund managers – a good deal of whom bought in over the subsequent two to four years – will still be comfortably in the money on their positions.

In spite of its digital bells and whistles, and its lifestyle elements, when it comes down to it Recruit Holdings is fundamentally a staffing and recruitment business, connecting people with the jobs they want and companies with the staff they require.

On the face of it, however, the company is making a pretty decent fist of its other guises, including its drive to make the workplace fairer and more equal. And for some of the world’s best-performing fund managers, this business is just the job.

Tue Jun 21 , 2022
[ad_1] Kier and Wates are to deliver prison upgrade works at six separate sites in a government contract worth £500m. The firms, which were chosen by the Ministry of Justice (MoJ), will lead an alliance of hundreds of small businesses in constructing extra houseblocks at half a dozen prisons that […]