The 1891 building was originally commissioned by The London Chartered Bank, but also held residency for the London Bank of Australia and the English-Scottish Bank Company before being sold to Australian agricultural business Goldsborough Mort in 1942.

In 1973 the building was purchased by Sheila’s grandmother Noreen Smith and her sister Marjorie Houston. The sisters renovated the old bank to make it their home and in 1990 sold it to Sheila’s parents Kyle and Sally Smith, who continued to rejuvenate the historic building, adding a conservatory and open-plan living area.

In 2020 the building became Sheila and husband Grant Volz’s home, who, with the arrival of their son Oscar, mark the third and fourth generation of Smiths to call the old bank home.

‘I love the history of this building,’ says Sheila. ‘The integrity of the house still stands strong, but we’ve bought her into the 21st century.’

Sheila and Grant have a three stage renovation planned for the extensive 15 room home. Stage one is complete, and saw them replace the original balcony floor; fix the roof, fascia, scotia and gutters; paint the exterior; restore the front doors; and update the interior with new window furnishings, new carpet, paint and wallpaper.

Stage two, which is currently underway, will see the bathrooms updated and the garden extended. Then, in five or so years, stage three will see a complete overhaul of the laundry and kitchen.

‘We were adamant we didn’t want to change any of the historic features of the building,’ explains Sheila. ‘But we wanted the home to reflect us.’

Finding a balance of old and new inside the 131-old building was a challenge, but one that Sheila – who owns an interior design business called Miss Smith Interiors – was well equipped to handle.

‘The ceiling heights in this building range from 13 feet to 19 feet, so scale and proportion were very important,’ she says. ‘The dining room is probably my favourite as it is quite unexpected and not too serious.’

The room in question features high drama with Porter’s Evergreen gloss paneling underneath a classic Grisaille wallpaper mural. ‘We love that we can have dinner in the forest, in the middle of the Hay Plains!’, she says.

Elements of the building’s past remain, yet have been adapted for modern use; the old banking chamber has become Sheila’s interior design studio; and the original strong room/bank safe is now the wine cellar.

‘Our home embraces the ideas and details of a classic interior, whilst keeping things fresh and joyous,’ says Sheila. ‘Every room has character and shows a little personality.’

Beware Of These Unethical/Illegal Roofing Practices

Wed Oct 12 , 2022
Though it happens more often after large weather events, like big storms or tornado’s, unscrupulous roofers don’t just appear at these times. They are out there all year-round! It also isn’t just the outright scammers that pull these stunts, it’s also some of the smaller lesser-known companies who skirt right […] 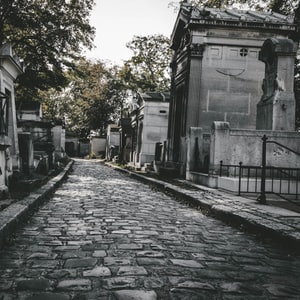